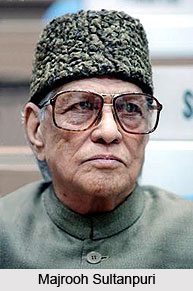 Majrooh Sultanpuri (1 October 1919 − 24 May 2000) was an Indian Urdu poet, known for his work as an Urdu poet, and as a lyricist and songwriter in the Hindi language Bollywood film industry. He was one of the dominating musical forces in Indian cinema in the 1950s and early 1960s and was an important figure in the Progressive Writers’ Movement.[1][2][3] He is considered one of the finest avant-garde Urdu poets of 20th century literature.[4][5]

In his career spanning six decades, he worked with music directors, from Naushad, Madan Mohan, S.D.Burman, Roshan, Ravi, Shankar-Jaikishan, O.P.Nayyar, Usha Khanna, Laxmikant Pyarelal, Anu Malik, R.D.Burman, Rajesh Roshan, Anand-Milind and Jatin-Lalit, to Leslie Lezz Lewis and A.R.Rahman. He won the Filmfare Best Lyricist Award in 1965 for “Chahunga Main Tujhe” in film Dosti, and the highest award in Indian cinema, the Dadasaheb Phalke Award for lifetime achievement in 1993. In the 1980s and 1990s, most of his work was with Anand-Milind, their most notable collaborations being Qayamat Se Qayamat Tak, Lal Dupatta Malmal Ka, Love, Kurbaan and Dahek. 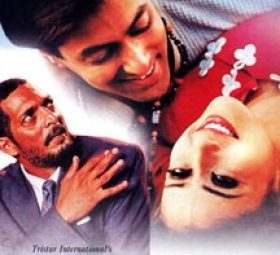 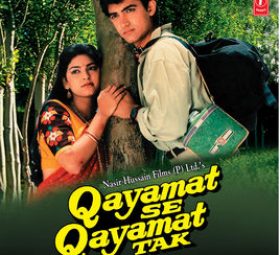 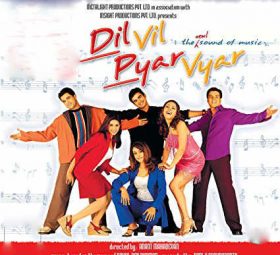 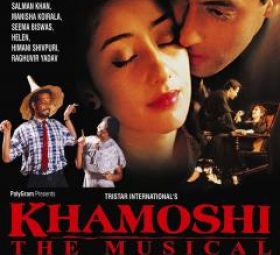 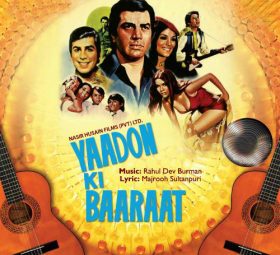 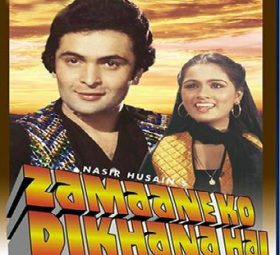