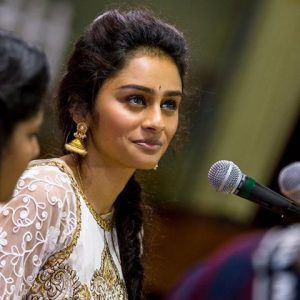 Pragathi Guruprasad is an Indian actress and playback singer who has worked on Tamil language films. Brought up in Fremont, California, she finished as a runner-up in the third season of the reality-based singing competition Airtel Super Singer Junior in 2012. She has since worked on the soundtracks of film albums composed by Anirudh Ravichander and G. V. Prakash Kumar, while also signing on to appear in an acting role in Bala’s upcoming film.[1][2] 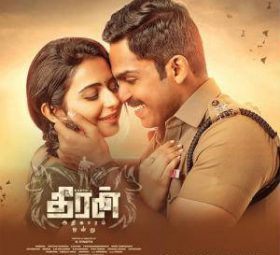