Pathak began her singing career after singing for various remix albums. Her “Leke Pehla Pehla Pyaar” for the Baby Doll series in 2004. With her song “Mar Jawa” from Fashion (2008) Pathak became popular.She earned nominations in both Filmfare and Screen Awards for the song. She is also the lyricist along with being singer of the song “Payaliya” from Dev.D (2009). In 2013 she wrote one more song “Shubhaaramabh” for Amit Trivedi in Kai Po Che.

She has also done many stage shows. She has performed at the Culrav 2012 Cultural fest of Motilal Nehru National Institute of Technology Allahabad(MNNIT), Allahabad. She has performed at the Flare (Techno-Cultural Fest) Techno-Cultural fest of Pandit Deendayal Petroleum University(PDPU), Gandhinagar. The recent one is at the Protsahan 13 (Cultural, Sports & Technical Fest) Cultural, Sports and Technical Festival of SVKM’s NMIMS University Shirpur Campus Dhule on 1 April 2013. She recently performed at Udaan 2014 Cultural Fest of SPIT College, Mumbai organized by Rockfree Entertainment on 22 February, 2014 and Silver Jublee event of Lata Mangeshkar Hospital (NKPSIMS), Nagpur on 22 December, 2015.

Pathak has also apperared all 3 seasons of Coke Studio India. She sang ‘Kya Haal Sunawan’ in season 1, ‘Glorious’ and ‘Shedding Skin’ in season 2 and ‘Haal Ve Rabba’ in season 3. She appeared on MTV Unplugged season 4 with Sachin – Jigar. She also on the Dewarists. She learned classical from her guru shree Divyang thakkar from very young age… 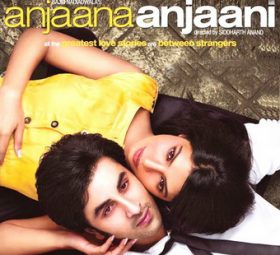